It's All About Contraceptives 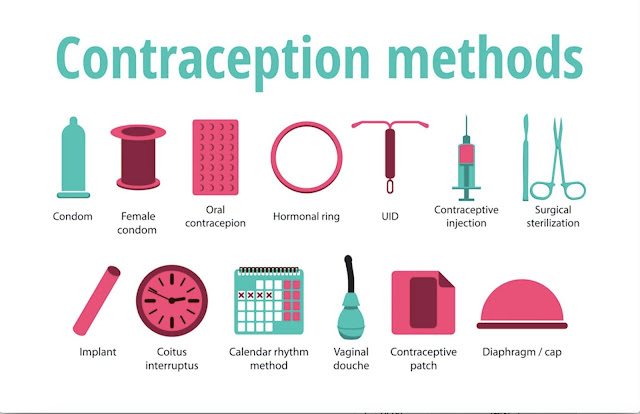 It's All About Contraceptives
It is quite exciting to note that the Sexual Offences and Domestic Violence Act of 2018 have finally received Royal Assent from His Majesty King Mswati III and is now law in the Kingdom of Eswatini. I strongly believe that the existence of the SODV Act of 2018 will provide a protective environment for the marginalised and vulnerable groups of society, restore peace in different family settings and make courts accessible for victims of Sexual and Gender Based Violence.
The coming into law of the SODV Act of 2018 will create an environment in Eswatini where Sexual and Reproductive Health and Rights are protected, supported and respected.  True to the words of an African giant, Ngugi Wa Thiongo, “There is no night so long that it does not end with dawn’’. Indeed, the SODV Act of 2018 presents a new dawn in the struggle to champion access to quality and non-discriminatory SRHR information and services in Eswatini.
Today’s article will focus on the different types of contraceptives available in the country that can be used to do Family Planning.  The following types of family planning methods are available and provided in the Associations static clinics.

Pills
Nearly all women can use Pills safely and effectively, including women who have or have not had children, are not married, have had miscarriage and without cervical cancer screening. The pill has to be taken daily and consistently at the same time of the day even if there is no sexual activity that day or week. 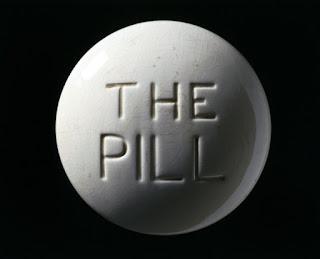 Combined Oral Contraceptives (COC)
These are pills that contain low doses of 2 hormones – a progestin and an estrogen – like the natural hormones in a woman’s body. They work by primarily preventing the release of eggs from the ovaries (ovulation).

Progestin Only Pills
POPs work primarily by thickening cervical mucus, which blocks sperm from reaching the egg and preventing the release of eggs ovulation. POPs can be safely taken and very effectively taken by the women who is breastfeeding as they work in synergy with breastfeeding. POPs for the non-breastfeeding woman will result in more bleeding irregularities and higher pregnancy rates than will COCs.

Injectable Contraceptives
Nearly all women can use injectable safely and effectively. Injectable work primarily by inhibiting ovulation and make cervical mucus thick which stops sperm from entering an egg. The benefits of using injectable is that they are private as no one can tell you are using injectable, can be stopped at any time and action does not require daily action.
2.1 Two and Three Months Injectable containing the hormone progestin
These are injectable that are taken after every two or three months’ intervals. Dapo Provera (DMPA), the more common injectable, is effective for three months while Noristat (NET –EN) is effective for two months. These injectable may however cause spotting heavier or longer periods for first few months, may cause weight gain, headaches as well as mood changes.

Monthly Injectable
Monthly injectable contain both progestin and estragon and work primarily by preventing ovulation. For greatest effectiveness, it is important that the women receive an injectable every four weeks. Limitations of monthly injectable includes weight gain, headaches and woman may experience lighter monthly, fewer days or irregular bleeding.

Implants
Implants are small plastic rods or capsules that release progestin like the natural hormone progesterone in a woman’s body. A specifically trained provider performs a minor surgical procedure to place the implants under the skin on the inside of a woman’s upper arm. Implants work by inhibiting ovulation as well as make cervical mucus thick which stops sperm from meeting an egg. Benefits include that they are highly effective and long lasting methods, stop working once removed and return to fertility is rapid. Limitations associated with implants include changes in bleeding patterns, mood changes and weight change.

Intrauterine Contraceptives Device (IUDC) Loop
Loop is fitted inside the womb and can be inserted soon after child delivery to prevent pregnancy for 7 – 10 years. A trained health care provider can insert it into a women’s uterus. Works primarily by causing a chemical change that damages sperm and egg before they meet. Limitations include prolonged and heavy monthly bleedings, irregular bleeding and more cramps and pain during monthly bleeding.

Condoms: Male
A male condom is a thin sheath of latex or other material that a man puts on his erect penis before entering the women’s vagina. The condom prevents pregnancy by holding semen so that it does not pass into the women’s vagina. A new condom must be used for each act of sex. A male condom help protect against risks of pregnancy, STIs and HIV, can be used without seeing health provider and increases male participation in family planning.

The Female Condom
A female condom is a thin covering of polyurethane plastic that forms a pouch that covers the outer labia and lines the vagina. The female condom works by blocking the entry of the sperm into the uterus so that no contact is made between the sperm and egg. The female condom helps to protect against risks of pregnancy, STIs and HIV and can be inserted ahead of time so do not interrupt sex.
These family planning methods are safe and effective. Individual method choice depends on factors such as marital status, frequency of sex, perceived susceptibility to HIV and STIs, convenience, costs and side effects. The general public is encouraged to visit FLAS static clinic in Manzini and Mbabane to acquire more information about family planning methods as well as access quality and non-discriminatory SRHR information and services.

Popular posts from this blog

On 7 December 2013, Ministers of Health and Education from 20 Countries in Eastern and Southern Africa met to discuss the common challenges facing young people in the region. While they recognised that significant progress had been made to address the needs of adolescents and young people with respects to ensuring access to life skills based HIV and Comprehensive Sexuality Education (CSE) and youth friendly sexual and reproductive health (SRH) services: they realised that there was still more work to be done. Notably the Eastern and Southern Africa remains the region mostly affected by HIV, its faces high rates of adolescent maternal mortality and among other social and public health challenges.

The 20 countries then crafted the Ministerial Commitment on CSE and SRH services for Adolescents and Young people in Eastern and Southern Africa – otherwise known as the ESA commitment. In it, they agreed to work collaboratively towards…
Post a Comment
Read more

October 01, 2018
Sexual Rights Are Human Rights! The Family Life Association of Swaziland (FLAS) took a paradigm and strategic shift in 1999 after the IPPF conference to focus on young people and integrate Sexual and Reproductive and Health Rights programing. The focus has brought about a lot of controversy amongst the conservative and religious sector especially when SRHR is used in conjunction with young people. Hence the objective of today’s article is to explain what are Sexual and Reproductive Health and Rights as well as the essence of providing comprehensive SRHR services and information to young people in Eswatini.
Sexual and Reproductive Health and Rights (SRHR) encompasses all of the rights and issues surrounding a person’s Sexual and Reproductive life. These rights are closely linked with other internationally recognised human rights, such as the right to privacy, the right to education and information, the right to equality and freedom from violence and all forms of discrimination, the rig…
Post a Comment
Read more

November 01, 2018
On this video we look at Young People, Education and Crime, Gender based violence & Substance Abuse. Meet Sandy a social worker from Phumelela Projects who works with children with the law. -"Not that we don't have dreams as young people. We do have dreams but we are discouraged by the poor access to youth programme funds. The responses are not welcoming; they willl say we need some capital before we can even be considered for additional funding and we do not have this. So we will go to crime." - Young person, aged 21 Criminal involvement and low educational attainment among young people are two social problems with common roots and overlapping features. Not much is known about how these two problems are interrelated. Criminal involvement may causally influence educational attainment, and vice versa. At the same time, criminal involvement and educational attainment outcomes can both be driven by multiple, potentially overlapping, observed and unobserved factors, such…
Post a Comment
Read more